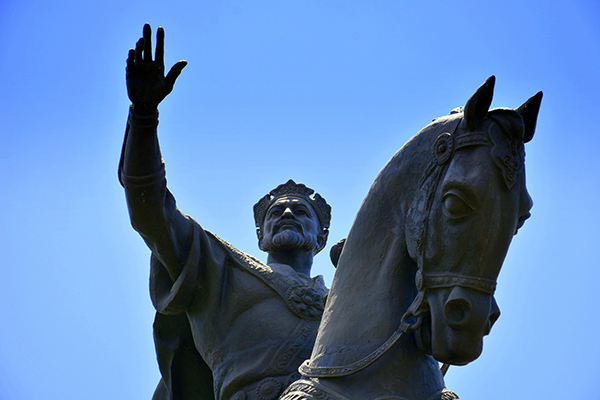 For centuries the Silk Road, running from China in the East to the Mediterranean in the West, was the vital artery along which the world’s trade and ideas ebbed and flowed

Here the transmission of goods such as silks, spices and oil brought great wealth and prosperity to city states such as Samarkand, Bukhara and Khiva

The first Chinese to cross the Uzbek lands from north to south, Zhang Qian, an envoy of Emperor Wu of Han (156-87 BC), wrote of the prosperous kingdoms of Bukhara, Fergana and Samarkand

From his base in Samarkand, Tamerlane (1336-1405) established one of history’s largest empires, encompassing Turkey, Iran and Pakistan as well as Central Asia

Ulugh Beg (1394-1449), Tamerlane’s grandson, compiled the 1437 Zij-i-Sultani of 994 stars from his observatory in Samarkand, considered the greatest star catalogue between those of Ptolemy and Brahe

Everything I have heard about Samarkand is true, except it is even more beautiful than I had imagined.

Attributed to Alexander the Great, 329BC